This term year 3 went to London Zoo for an observational visit.  We spent the day walking around the various enclosures looking at and discussing the animals, birds and insects we encountered.  After we stopped for lunch by the zebra pen we went into the Rainforest Life area.  This area is kept at optimal conditions in line with a rainforest so the creatures inside can live as they would in the wild.  We met a zookeeper who gave us an interesting talk about the rainforest and some of its inhabitants.  Children then split into groups and were given a pair of binoculars and a checklist.  Their activity was to find every creature on the list and take notes on their appearance.

We are currently studying the rainforest in Topic so this trip was invaluable to develop our knowledge and understanding.  The children were able to see the animals up close and experience the hot, humid atmosphere of a rainforest. 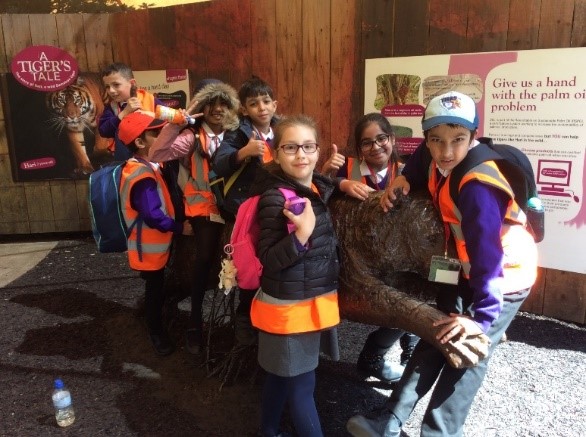 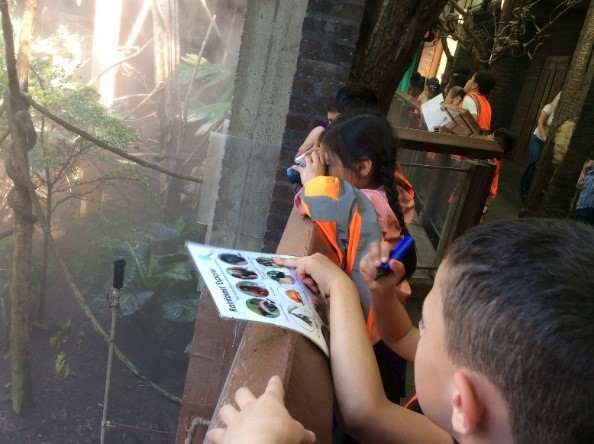 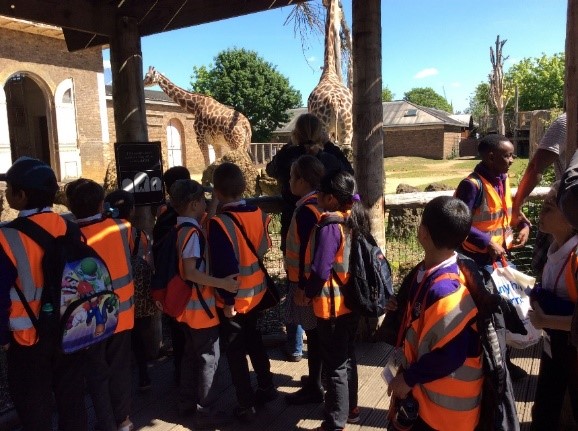 A key focus of the year three RE curriculum is for children to develop their understanding of different religions. This includes having an appreciation for their beliefs and practises. To provide the children with a first hand, direct purposeful experience of one of the Christian churches; the year 3s visited St Patrick Church on Hector Street in Plumstead.

At the church, the children participated in group activities in which they learnt about the traditions of Roman Catholic churches and the Pope as their leader. Within small groups, they also had the chance to tour the church, identify statues and other features that are symbolic to the church. These include statues of Mary, Jesus and the crucifixion, baptism in the church, the Bible and praying alters. The children were thoroughly engaged and they were quite thrilled to have their numerous questions answered. Some children were also privileged to dress as helpers in the church. 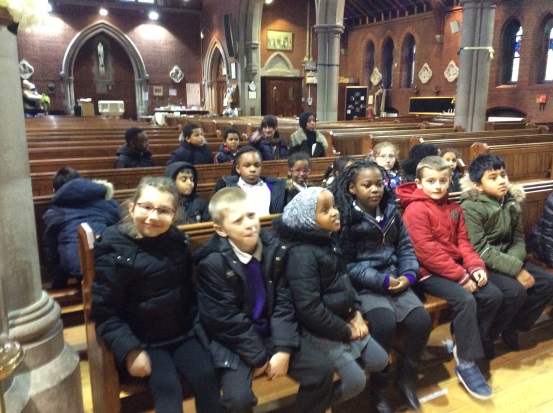 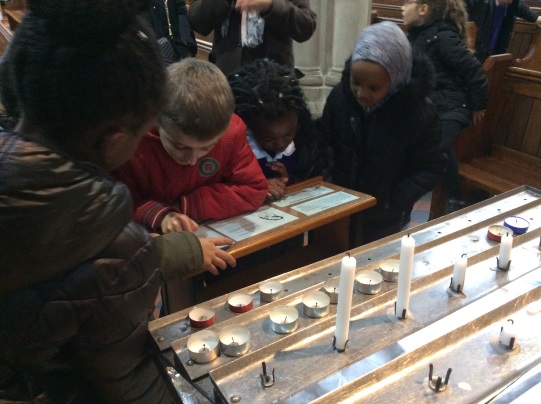 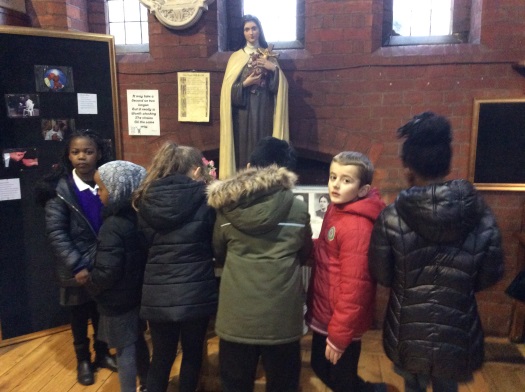 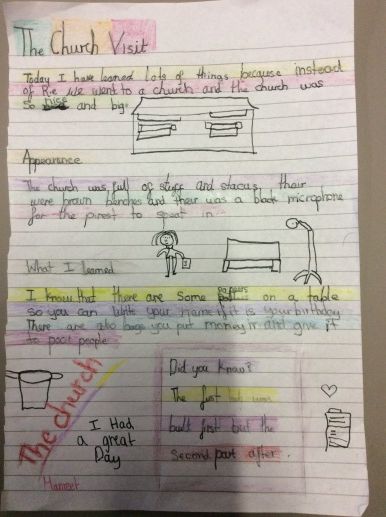 Recently, Year 3 took part in Greenwich book festival.  The children had the opportunity to go and meet authors, illustrators and professional story tellers.  Each and every single child thoroughly enjoyed the whole day and was really engaged with the activities that the festival had to offer.  The first workshop of the day was with an author named Sylvia Bishop who wrote the books ‘Erica’s Elephant’, ‘The Secret of the Night Train’ and ‘The Bookshop Girl’.  She talked about her writing process which the children really related to as sometimes they can struggles for ideas.  It was so lovely for the children to hear about the obstacles that Sylvia faces when writing and how she overcomes these.  She played some games with the children that helps her such as a word association game and ‘what’s not true’ where she gave the children a basic plot of a story and then took one of them away and opened a discussion on how that would create drama in a story.  At the end of the session the children had the chance to go and get Sylvia’s autograph which the children were overjoyed with!

The second workshop of the day was an illustration class with the very talented Gary Northfeild.  He has illustrated lots of famous front cvers for some very popular comics such as ‘Beano’, The Dandy’ and ‘Horrible History’ to name a few.  He has also written and illustrated his own books ‘Julius Zebra’.  Miss Barham even bought a copy and got him to sign it for the school.  During this workshop Gary talked about his career and how he became an illustrator.  He then worked with the children and got them to become illustrators which was fantastic!  The work that the children produced was incredible.  After the session he opened up and question and answer session and the children were really impressive with the questions they were asking him, even Gary was impressed with Conway!  They too had the opportunity to get his autograph afterwards

The third workshop was by a professional story teller, Wendy Shearer.  She told a tale of clever Anansi, which year 3 knew all about as we studied this during our traditional tales topic.   She taught the children how to tell stories and when she was telling her tale the children were so engrossed you could hear a pin drop.  They all commented that this was one of the favourite things about the day.  It really encouraged them to think about their stories and how they read and tell them.  She even called some of the children up to take part in the story and of course, Remi and Alessia could not resist!

The children were really inspired after the festival and were so excited to go home and back to school to start their own stories and illustrations!

This term Year 3 have been learning all about the Romans.  As part of this topic we were lucky enough to go on an educational visit to the Greenwich Heritage centre to learn more about the Romans, the time period and some of the everyday objects they used. 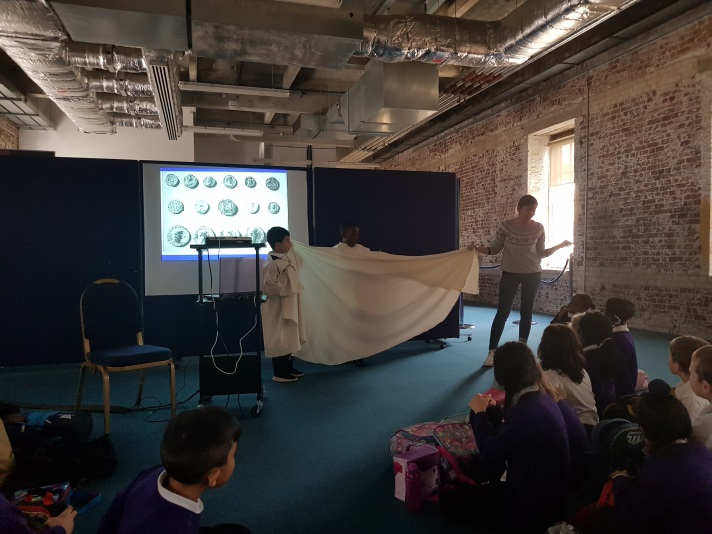 The children enjoyed a ‘guess who it was’ mystery presentation.  They were shown lots of artefacts that were found in and around the Plumstead area and discussed what each objects were used for and where it was found.  The children had to remember all the items and then guess where and who they may have belonged to.  They figured out in the end that they may have belonged to someone rich or important! 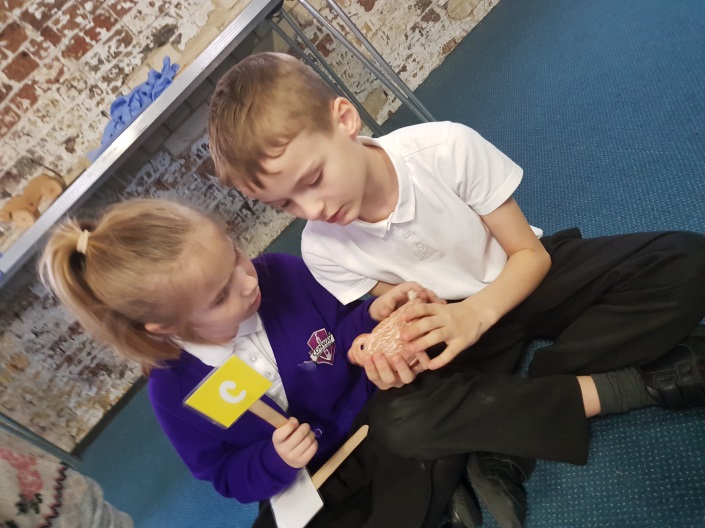 We then had the opportunity to continue our learning through a range of games.  These included; dressing up as Roman people, playing eye spy with Roman objects on the Roman embroidery and a guess what it is with Roman objects.

The children thoroughly enjoyed their day and came back to school buzzing at what they had found out about the Romans! 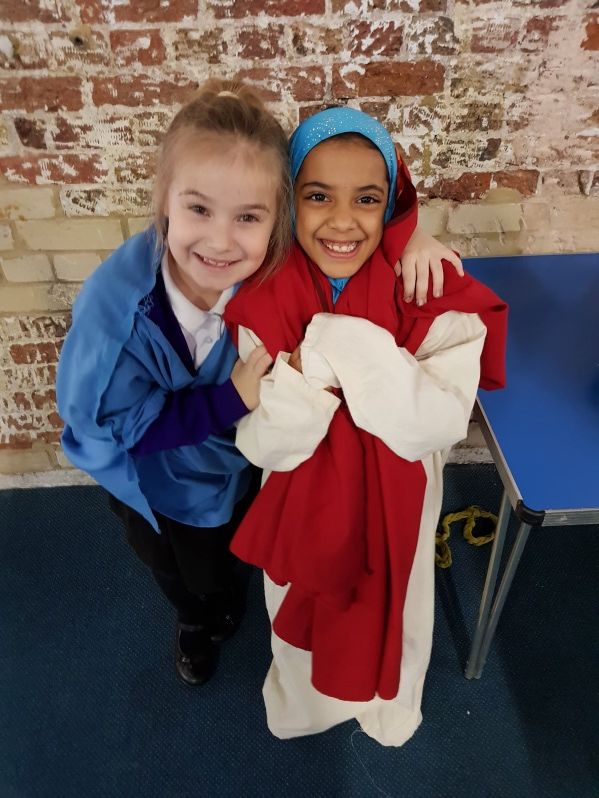 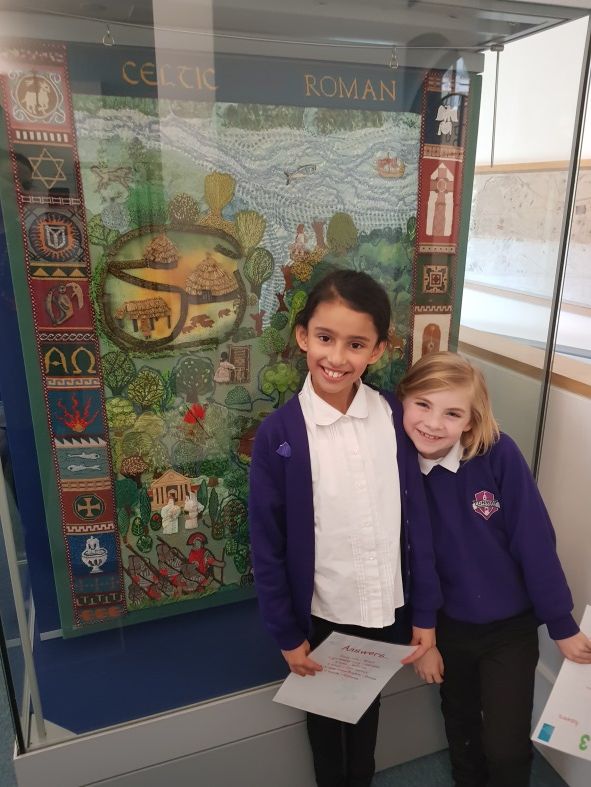