This term Year 5 took a trip the expansive cave system in Chislehurst.  In our topic classes we are learning all about World War 2 and the caves played a fundamental role on the home front.  During the Blitz the caves were home to 15,000 civilians taking shelter from the war.  The caves had everything from a barbers and canteen, to a stage for musical performances and a church.

Upon arriving at the caves our tour guide showed us around the subterranean system, point out where the civilians lived and socialised.  In addition, he pointed out the wide variety of rocks and minerals that are found in the caves.  At one stage he left us at a crossroads to turn the corner and re-create the explosive, booming sound made by bombs using a metal gong.  The sound was truly frightening!  It really made us reflect on how it would have felt to experience it on consecutive nights with no idea of when the assault would end.  After the tour we sat outside to have our lunch and discussed what we had learned and enjoyed during the morning.

When we returned to school we wrote up a recount of the trip and will use the experience to help write more informative pieces during our topic lessons.  The tour was an excellent way of helping us understand and empathise with the civilians who suffered throughout the war. 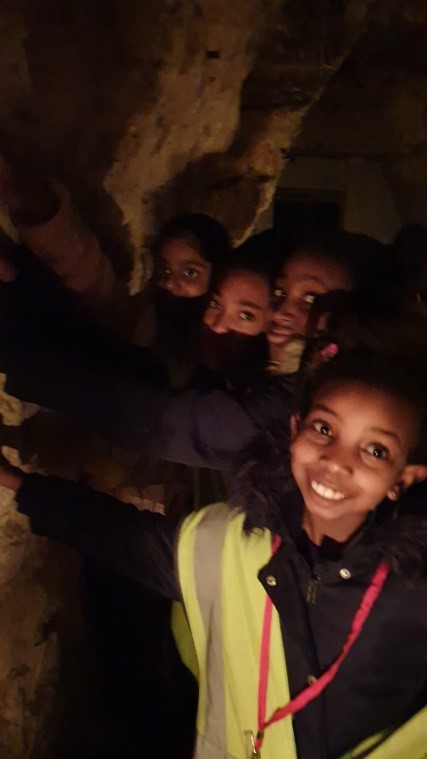 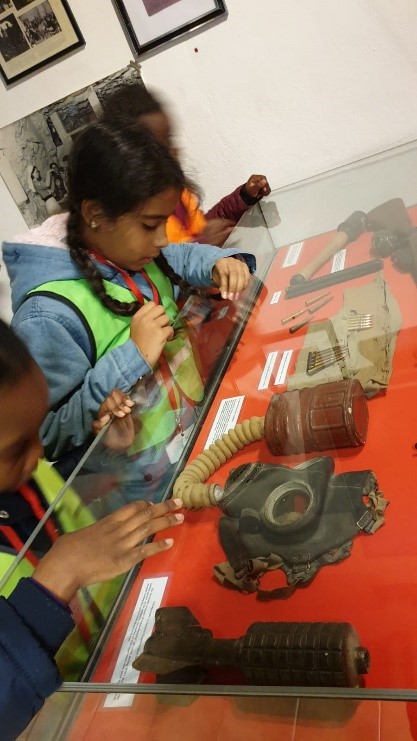 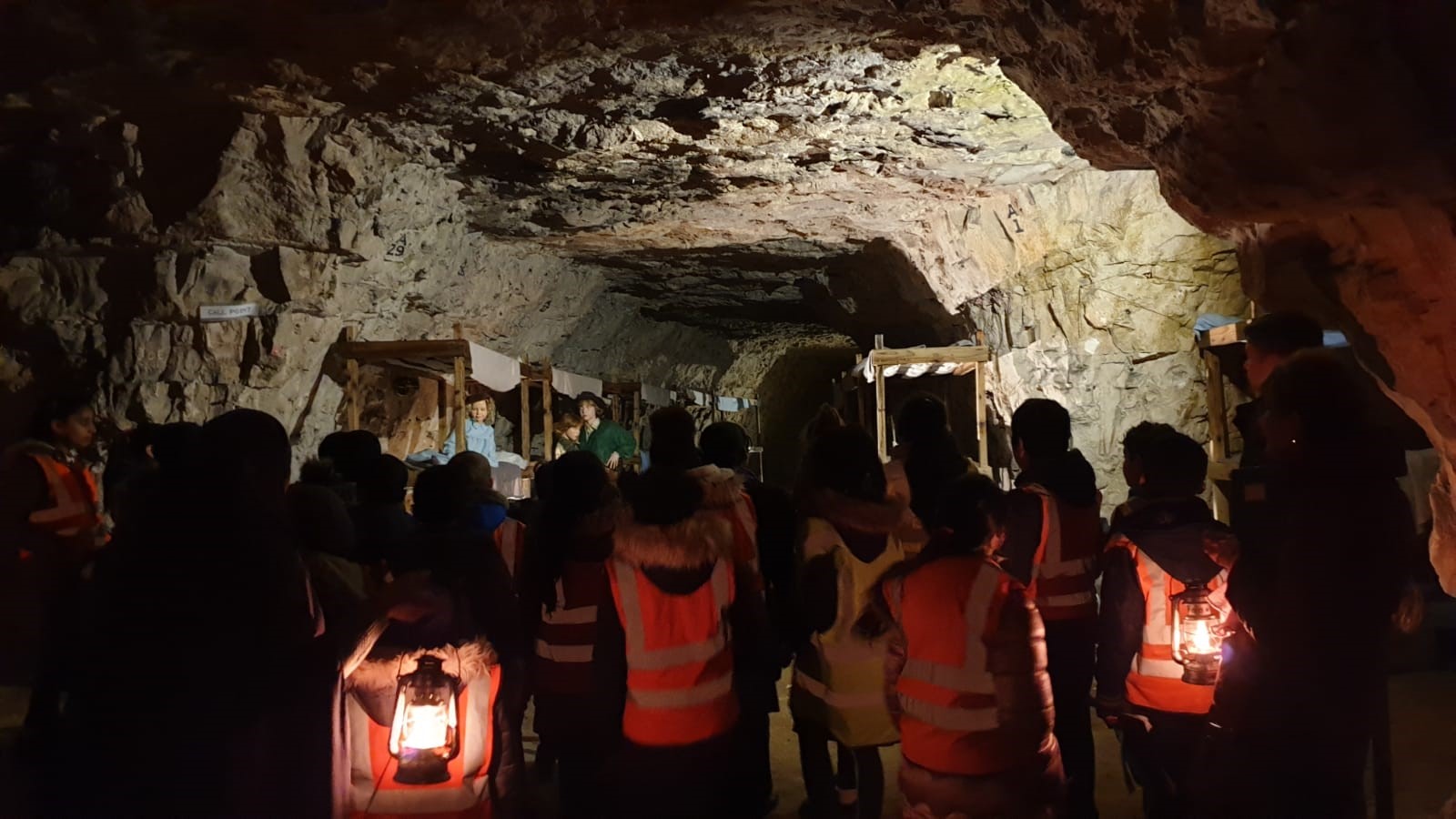 This term we were lucky enough to go to the Horniman Museum in London.  We went to visit the South American exhibition they have to offer as part of our topic ‘The Amazing Americas’.  The children were given a talk about two of many tribes that lived in South America many years ago; the Haida tribe from the Northwest coast and the Lakota tribe from the Great Plains.  We looked at artefacts from that time period and discussed how the tribes would have used them I their everyday life.  Some were easy to guess others were hard.  We did believe a straw hat was a fruit bowl!  The children had the opportunity to enjoy a hands on experience by exploring some of the objects, most of which had been created for the museum.  We then went out to the South American exhibition where we saw more artefacts and objects from the same time period but these were real!

We took our sketch books with us and sketched some of our favourite pieces and wrote about them.  We also went to the animal exhibition to find some animals that may be found in the Americas and sketched these.  It was a great opportunity for the children to consolidate their observational drawing skills while learning about the Americas.  The children had a brilliant time! 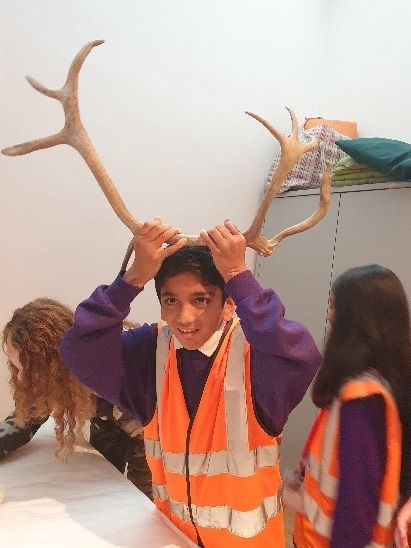 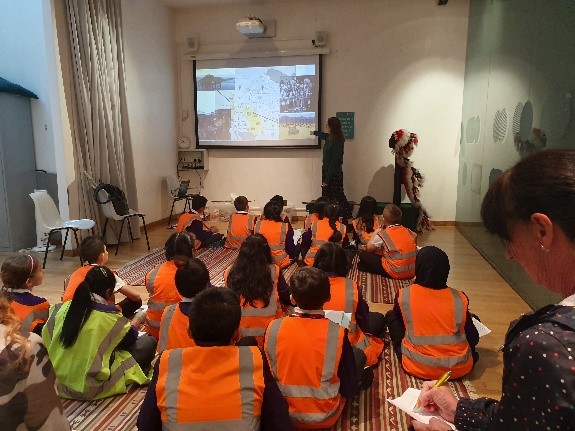 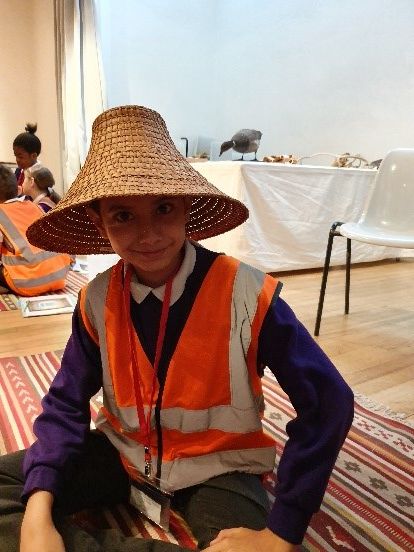 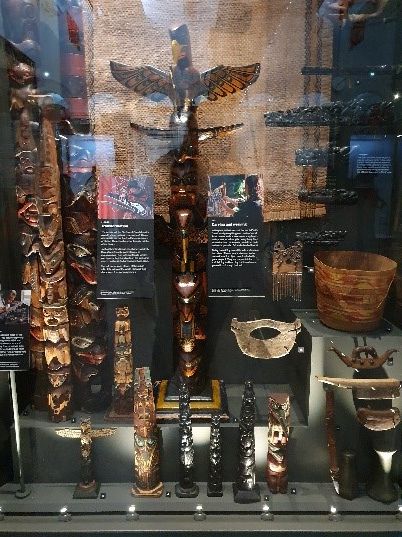 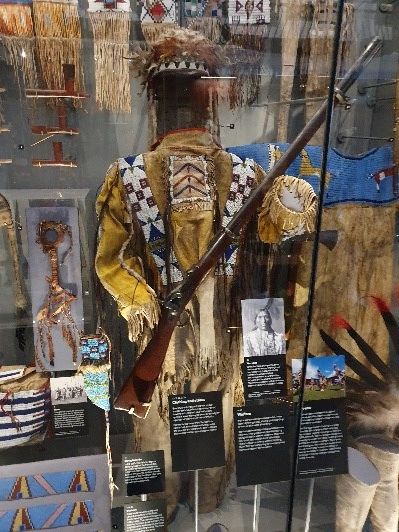 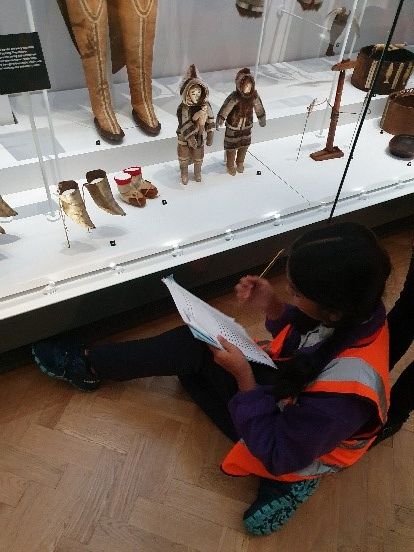 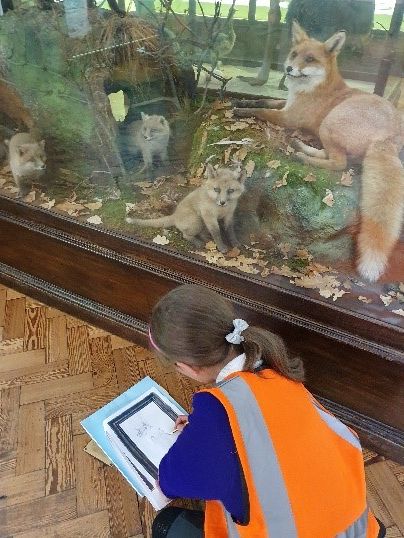 On Monday 4th February year 5 had a very exciting opportunity to visit the Coca-Cola London eye.  We have been reading ‘The London Eye Mystery’ by Siobhan Dowd, where a young boy, Salim, goes missing after visiting the London eye with his cousins.  We spent the day in Salim, Ted and Kat’s shoes and explored first-hand what the characters in our story saw and felt.  It was a great learning experience for us but also a brilliant day out (even despite the weather)! 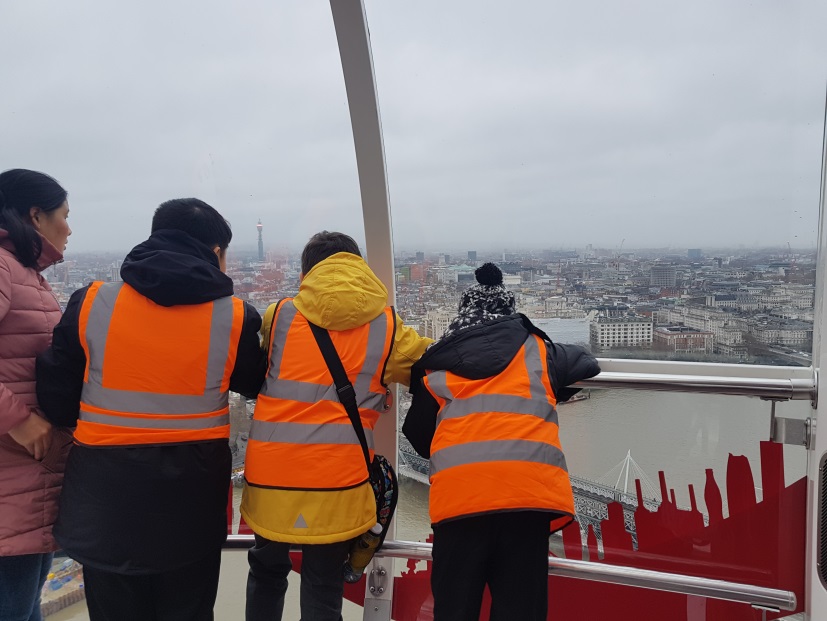 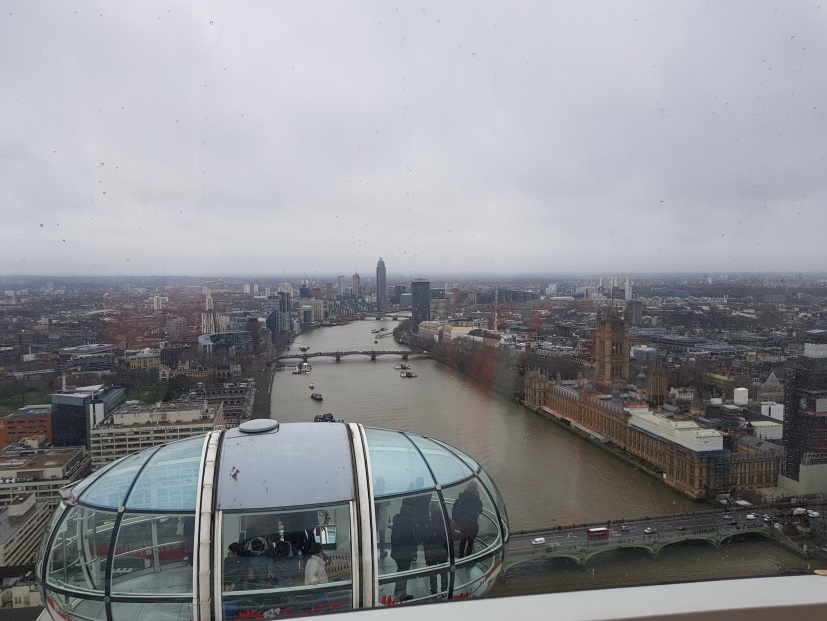 This term we had the opportunity to visit ‘Chislehurst Caves’.  This was a super exciting trip and lots of children came back to school saying “it’s the best trip we’ve ever been on”!  They got to experience a real-life air raid shelter.  The guides took us down, class by class, to explore parts of the cave (we couldn't’t explore the whole thing as its 22 miles long)!  We learned about the people who used the cave when there was danger during World War One and Two.  Some people even lived in the caves as they sadly lost their homes.  The caves were like a village with everything you could want and more!  They had bunks, toilets, shops, cafes, a hospital, a stage, a barber, a post office and even a citizen’s advice bureau! The children enjoyed walking around and experiencing cave life.  The adults were given lanterns to light the way although this did not help greatly as it was incredibly dark.  They experienced what it would have been like when bombs were dropping.  All the lights went out, we were left in complete darkness (we couldn't’t even see our hands in front of our faces) and the guides created a sound that echoed throughout the area we were in.  You can imagine the screams from the girls…and boys!